Documentation in the Show Ring

When I first became active in the hobby in the late 1980s, pretty much everyone collected Breyers, Hartlands, and/or Hagen-Renakers to some degree, even those people who were primarily interested in customs (known as RRHs back then). Most people therefore had a pretty good idea of which models were rare and why.

Twenty-five years down the line, however, with the explosion in popularity of resins, Peter Stone horses, and contemporary chinas, and with the capability of immediate immersion in a particular facet of the hobby via the internet, it is possible to dive in and specialize right away without necessarily needing to know much about the history of the hobby or one's chosen collecting media.

Because of this, a growing number of newer hobbyists are often unaware of the collectibility aspects of various makes and models. It therefore behooves a collectibility shower to include thorough documentation when showing in that division. Just as in other divisions, it's best not to assume that the judge will be fully familiar with some of the odder things that can crop up, so good documentation is always a plus. Even basic documentation is better than none at all, including information about models that should be easily recognizable as rare and highly collectible, like a vintage Breyer decorator or an HR Bedouin. Lack of documentation can count against you in the show ring.

So when I judge collectibility or make info cards for my own models when I show, I like to see or include the following information:

Model name and production number: Pretty straightforward. If the manufacturer is the least bit obscure (anything other than obvious, really), including that name is always helpful, too.

Date(s) of production: Also relatively straightforward. Some models were made for a span of years but can be pegged individually at a specific year, so elaborating on this fact may make a model stand out from the crowd. For example, the #215 Breyer Dapple Grey Proud Arab Mare models were made from 1971-1988, but the black point variation dates to 1983 only. 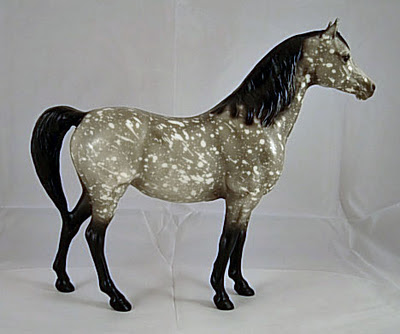 Number produced: Including the number of models produced for limited runs is very helpful to both judges and to show holders. Many collectibility classes are split based on those production numbers. For rare vintage pieces that are limited in number because of their age, I like to include a guesstimate on the number of models known to collectors as that is often very relevant. For example, the Breyer Donkey with Red Baskets was made from 1958-1960, but only a couple are known to be in the hands of collectors. 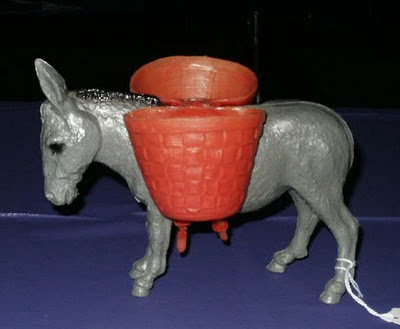 Sculptor: Providing the sculptor’s name isn’t really necessary for OF plastics, but it is something I like to see with chinas, and artist info is a must for vintage CMs and resins.

Provenance: As I discussed in my last post, knowing a model’s origins can add to its collectibility whether it’s a SR made for a certain company or a test run purchased from a well-known collector or just an undocumented oddity purchased from a dealer.

Interesting mold marks, stickers, hang tags, etc: Even if these markings or bits of ephemera seem obvious, mentioning them in one's documentation provides an opportunity to expand on what makes them special.

Source Citation: While not strictly necessary for the show ring, citing one's sources is a nice touch.

Here's an example of a fairly simple collectibility card for the Breyer Woodgrain Poodle with a rare gold foil sticker. 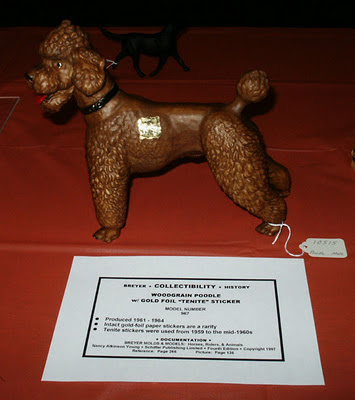 Here's a more elaborate set up for the Breyer Indian Chief on a Music Box Prancer. The upright stand not only protects the delicate and rare paper headdress, but it also makes that item an unmistakable feature of the set. 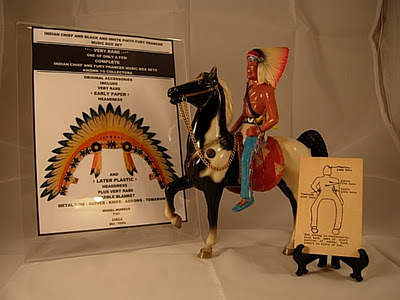 Showers can add a bit of personal flair to their collectibility cards if they so desire, but style shouldn't distract from the facts or the model. Concise and legible will go a long way with a judge. Showers should also keep size constraints for documentation in mind. Most show holders will specify what they prefer in their show packet.

Next time---ephemera---all the fun bits and bobs that make up a good collectibility entry!
Posted by Kirsten Wellman at 2:46 PM No comments: