I meant to get this posted yesterday as a Friday Featurette, but I ran out of time. However, since today is the Kentucky Derby and therefore a national holiday on my calendar, I think it's perfectly appropriate to kick back and blog about horse racing and Derby winners. (And it's much more interesting than listening to celebrities try to pretend they know anything about racing!)

So that said, the Swaps model is pretty far from being rare, but some interesting coincidences have made it the perfect subject of today's post. The first is that the favorite for today's 140th running of the Kentucky Derby has a Swaps connection, despite being nearly 60 years removed from that great Derby winner. California Chrome, like Swaps before him, is a California-bred chestnut who stamped his ticket to Churchill Downs with a victory in the Santa Anita Derby. 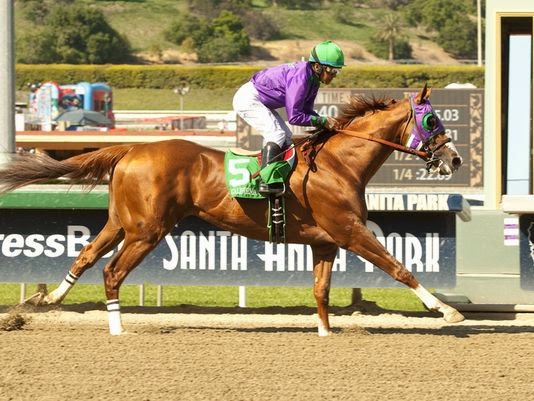 The connection doesn't end there though. California Chrome is trained by Art Sherman, who, in 1955, traveled to Churchill Downs in a railroad car with Swaps as his exercise rider. Now he's back as the trainer of the favorite. Because of these connections, comparisons between Swaps and California Chrome are inevitable, and while the latter still has much to prove, it got me thinking about Swaps, one of the first great Cal-breds, and some of the odd-ball Swaps models I've acquired lately.

The real Swaps was so much more than just a great Cal-bred---he easily ranks as one of the best American runners of all time. He began his racing career in May of his two year-old year, winning his first start, a MSW at Hollywood Park. He started 6 times more that year, winning only two, and despite that inauspicious start, he would come into his own at three. 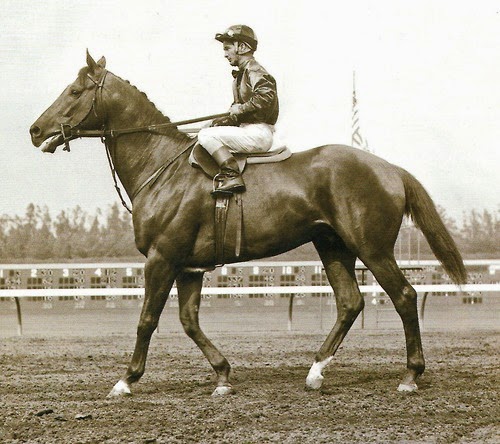 Swaps began racking up wins at Santa Anita, despite chronic soundness issues. He took the San Vincente and the Santa Anita Derby with ease before shipping to Churchill Downs for the Kentucky Derby. There, he conquered the favorite Nashua, a champion in his own right, winning geared down by about 2 lengths. Swaps' connections then sent him back home to California, eschewing the Triple Crown trail, while Nashua took the Preakness and Belmont. Swaps however took on older horses and the clock and beat both, setting a new world record for a mile and a sixteenth in the Californian.

Nashua's success on the east coast prompted his owners to propose a match race against Swaps. Unbeknownst to the public however, Swaps had suffered an injury in a workout before the race, and according to Olin Gentry, manager of Darby Dan Farm where Swaps later stood at stud, "he was so sore he didn't know where to put that foot down." His connections opted to go forward with the race anyway, but unsurprisingly, Swaps was no match for Nashua that day. The injury, worsened by running on it, required surgery and sidelined the horse for nearly six months.

Though he was never completely sound again, Swaps put together an astonishing 4 year-old campaign. He raced 10 times, carrying 130 pounds in 7 of those starts, and winning 8 of them. He set four world records and equaled another, often while giving away more than 15 pounds to his rivals. In the mile and a quarter Hollywood Gold Cup, Swaps smashed the track record by a full second, an astonishing feat. In his only defeats, he was sadly noticeably sore. As two-time Triple Crown winning jockey Eddie Arcaro said, “[he] was probably the worst managed horse in history. There is no telling how great Swaps would have been if he’d been managed right. No telling."

Swaps underwent surgery twice more in September of 1956 and suffered from another abcess before breaking down in a workout. His right hind leg was broken in two places, forcing his retirement. His career ended with 19 wins out of 25 starts. He set 5 new world records and equaled another as well as setting three new track rcords. At stud, he sired Kentucky Derby and Belmont winner Chateaugay, the champion filly and broodmare Affectionately, and the hugely influential broodmare Intriguing (an ancestress of California Chrome incidentally).

It's not surprising therefore that California native and Santa Anita frequenter Maureen Love chose to sculpt Swaps for Hagen-Renaker. He was the first of the five famous TBs she sculpted, released in 1957, the year after Swaps retired. He was produced until 1974, so he's not hard to find, but the models do vary a bit, especially in terms of color, shading, sock height, and placement. My own example unfortunately has fairly soft detail, but his socks are pretty close to those of the real horse. 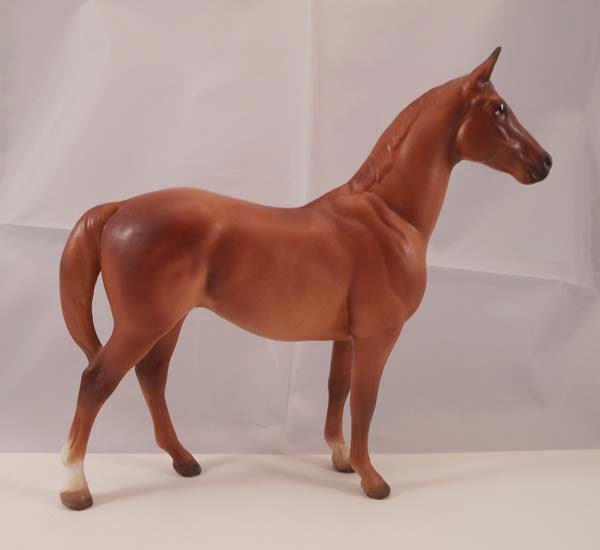 But the story of the HR Swaps and his oddities is the story for another day and another blog. Kristina Lucas Francis plans to cover it for her Muddy Hoofprints blog, so be sure to subscribe to it if you haven't already!

Breyer acquired the rights to the Hagen-Renaker Designers Workshop Thoroughbreds in the mid-1970s, and they issued the Swaps model in plastic from 1975-1990. Like most models produced in those years, they varied in color, shading, number and placement of socks, and face markings.

The Swaps models on the left and in the middle are fairly typical examples. The left-hand model has tall socks while the center model has low socks. Both have a diamond-shaped star that is typical of the earlier releases. The Swaps on the right has only one sock, and it's on the wrong hind leg. He also has a tear-drop shaped star. He is a somewhat less common variation that is thought to have occurred in the years nearer to the end of the production run. 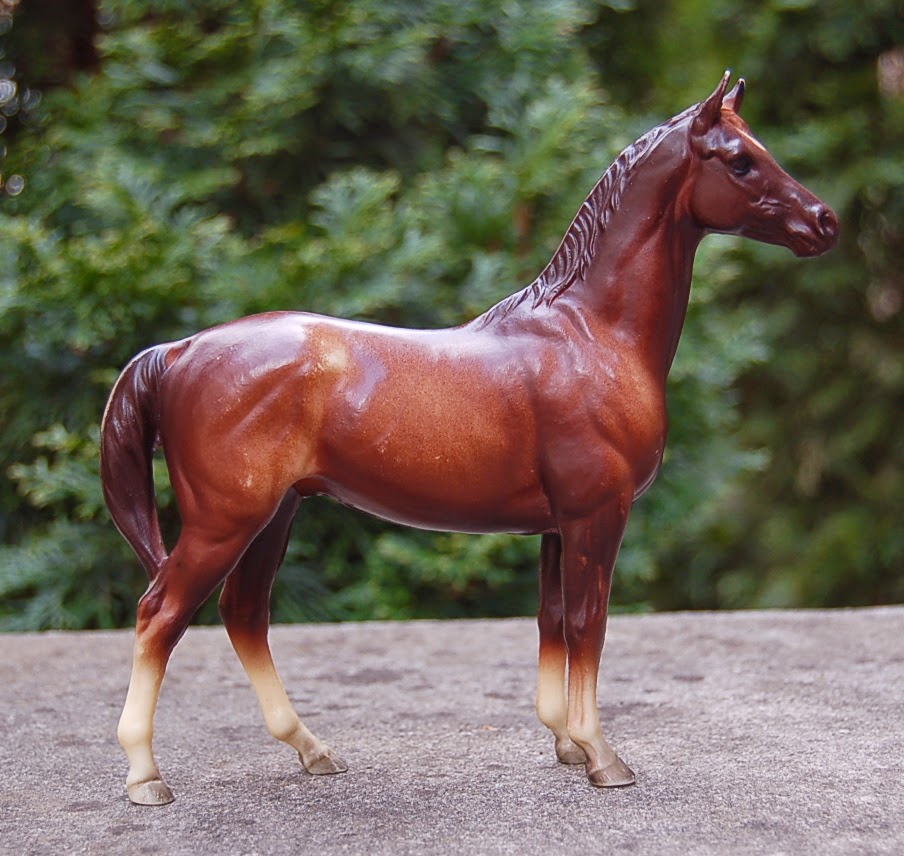 This Swaps, however, with four socks instead of the usual two is highly unusual and rare. I have not seen another like him, and I was really tickled to find him. If only he had a blaze, I could name him California Chrome!
Posted by Kirsten Wellman at 2:45 PM 3 comments: